people have recently applied for this course

Interest in sports and exercise is increasing, putting pressure on healthcare professionals to possess a diverse set of specialist skills. You need to be able to help not just athletes recovering from injury, but the general public in maintaining a healthy lifestyle. Our diploma in sports medicine offers knowledge, concepts and skills to assess injuries and to understand their treatment options for both general public and athletes, while understanding the physiological and psychological benefits of exercise and its use as a health tool.

Throughout this diploma in sports medicine, students will be guided by carefully selected, dedicated industry educators who will support you in successfully completing the programme. Our sports and exercise medicine diploma programme leaders and tutors are exceptionally experienced in their fields and will be able to share their high-level knowledge and extensive experience directly with their students. Our multidisciplinary learning experience means that not only will you be learning from the very best leaders in the industry from across the globe, but you will be grouped with fellow students located all over the world, giving you insight into global healthcare systems. 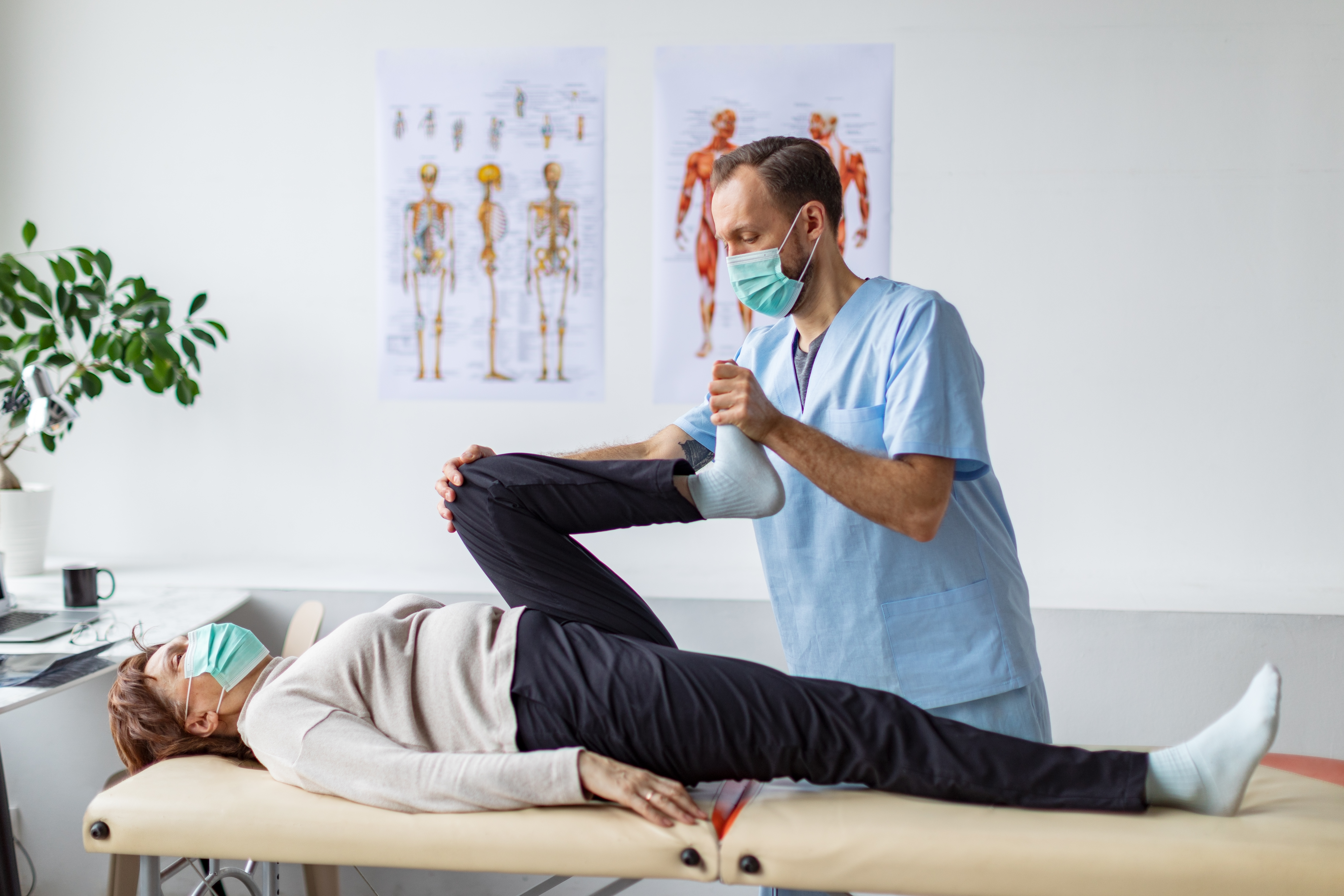 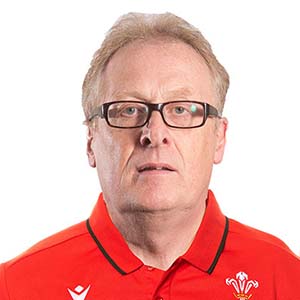 Dr Jones qualified in 1976. His early postgraduate years were spent in general medicine successfully negotiating the MRCP in 1984. He then...

Download your 2021 prospectus today and take the first step towards career growth. Discover how you can get an affordable PgDip online in just 12 months that fits around your lifestyle.

By clicking "Get Access Now", I agree to the Learna Ltd Terms and Conditions and Privacy Policy. I also agree to receive emails from Learna Ltd and I understand that I may opt out of Learna Ltd subscriptions at any time.

Dr Jones qualified in 1976. His early postgraduate years were spent in general medicine successfully negotiating the MRCP in 1984. He then elected to enter general practice obtaining the MRCGP in 1986 but was able to continue his cardiology interest as a specialty doctor. In 1993 he became the team doctor for the Welsh Rugby Union U19 squad. It was at this time he felt that his knowledge of Sports Medicine needed to be improved. He obtained an MSc in SEM at the University of Bath in 2003, later to become an examiner for their DipSEM. He has travelled as team doctor to over twenty International Rugby Board (IRB) Junior World Championships. Dr Jones was Match Day Doctor at the ‘England2015’ RWC at the Millenium Stadium in Cardiff. Dr Jones has also attended four Commonwealth Games (Kuala Lumpur 1998, Manchester 2002, Melbourne 2006 and Delhi 2010), the last two as Chief Medical Officer. He retired from general practice in 2012 and is now the Sports Physician to the Cardiff Blues (rugby union) and working within the NHS as a specialty doctor in Cardiology and Trauma and Orthopaedics. As a Visiting Professor at the University, he has been involved with this course since it’s inception. He has played an important part in establishing the course with increasing numbers enrolling reflecting the needs of health care professionals with an interest in this field.

Complete the form below to keep in the loop

Why Study a Sports and Exercise Medicine Postgraduate Diploma with Learna

We have over 10 years’ experience delivering online courses, giving you access to flexible, affordable distance learning in partnership with world-leading educators.

Our courses are 100% online. No fixed study times mean you can log in and learn whenever and wherever.

Multidisciplinary - study in a group of doctors, nurses, pharmacists and other healthcare professionals.

No physical campus means we can offer world-leading programmes at the most competitive prices.

Get a University Validated postgraduate qualification in just 1 calendar year instead of 2 academic years.

40% of our alumni reported an increase in salary 2 years after studying with us.

Who is this course for?

The distance learning course is relevant to all health professionals who have continuous exposure to people with sports related injuries, and provides full flexibility for students to study at their own pace no matter where they’re located without compromising work and life commitments.

This diploma in sports and exercise medicine course is designed to be practical and clinically focused, allowing students to obtain:

How Will I Learn?

You will be supported throughout your studies by a committed team of internationally recognised educational experts.

Our courses are conducted entirely online through self-directed distance learning. You’ll receive guidance throughout your course with tutor-stimulated academic discussions, which are based on clinically-rich case scenarios.

These usually occur within groups of 10-20 students, allowing you to clearly communicate with both your tutor and fellow students.

Our sports medicine diploma online course allows you to study for just one calendar year and is a part-time, distance-learning course. The course is worth 120 credits and comprises six modules of 20 credits, each running over a period of six weeks.

The pg diploma in sports medicine online course places assessments at the heart of the learning process through the employment of real life scenarios to enhance problem-solving, critical analysis and evidence-based practice. Since the scenarios act as a focus for learning and assessment, the two are intrinsically linked.

The six modules for the sports and exercise medicine diploma have the same assessment format and for all modules you will be assigned a dedicated expert tutor. Your tutor will then facilitate case discussions with the group, whilst monitoring, assessing and marking your work throughout.

You will also participate in a combination of module activities that may be group and/or individual based, dependent on the module.

These innovative teaching methods enable you to envisage the translation of your studies into your every day work and practice.

Due to the online nature of the course, you will be expected to regularly login and participate in the course - ideally on a daily basis. Students are recommended to spend around two hours per day on their studies.

Our dedicated Student Support Team are also available to help with any problems you may face. From navigating our online platform to advising you on deadlines, our team can assist with any questions or challenges you may have along the way.

The reflective journal is used by students throughout each module to monitor personal progress. This is guided by weekly feedback from your tutor and is graded at the end of every module. The journal typically includes the following:

For this assessment, students will work on a group assignment and/or an individual assignment.

Since our sports medicine courses are online, they are accessible to both UK and international registered healthcare professionals without international surcharges.

Applicants will typically hold a first degree or equivalent (including international qualifications) in a relevant professional healthcare or management field.

Registered healthcare professionals working in the healthcare field, without these recognised qualifications will be considered for our sports medicine online degree on an individual basis and a wide range of prior experience may be taken into account. In some cases, applicants may be asked to submit a piece of work for assessment in order to confirm that they are able to work comfortably at postgraduate level, and demonstrate the requisite clinical and professional knowledge.

English Language Requirements
Proficiency in the English language is also essential to completing our courses. If English is NOT your first language, we ask for proof of competency during the application process. We are able to accept an IELTS overall score of 6.0 (with a minimum of 5.5 for each band) or an equivalent qualification.

If you do not meet these requirements, please don’t worry. The University of South Wales run a number of English Language Programmes at the Centre for International English to prepare you for your academic studies. You can also contact our admissions team on admissions@diploma-msc.com for more information on the qualifications we accept.

Option 1: Upfront Payment in full. Option 2: Interest free payments every other month for the duration of the course.

†† Prices are subject to review following each intake

Option 3: Lower your monthly payments by spreading the cost for between 2 and 8 years with a loan from our lending partner Lendwise*.

Learna | Diploma MSc has a partnership with Lendwise which is a leading private student loan provider, to help UK students fund their course fees should they require financing. Lendwise is a UK-based education finance platform through which candidates can fund their postgraduate and professional qualification studies at leading educational institutions.

A Lendwise loan comes with a fixed interest rate for the duration of the loan (between 2 and 8 years) and no early repayment penalties. The interest rate offered will depend on the overall applicant profile and the application process is entirely online.*

*Other sources of funding are available.
Learna | Diploma MSc does not offer financial advice, recommend or endorse any financial product. You should always check the suitability of the product that is of interest to you. If you are in any doubt as to its suitability, we suggest that you seek independent professional advice.

Talk To Our Students

We have over 10 years’ experience delivering online diploma courses, giving you access to flexible, affordable distance learning in partnership with world-leading educators.

Our courses are some of the most affordable of their kind, providing value for money without compromising on quality. We also don't apply an international surcharge. No fixed timetable means you can log in & learn on the go, at your convenience.

Being totally online means we can select the very best tutors and resource editors, no matter where they’re located.

Connect with multidisciplinary people around the world to expand your insights & broaden your career prospects. 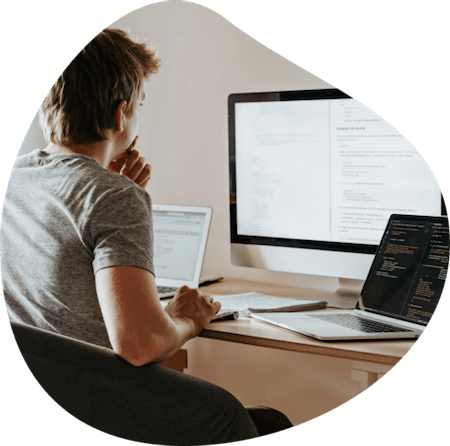